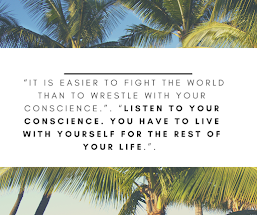 I grew up to unfortunately found myself in a society where men has killed and buried their consciences. We know longer find wrong in things especially when it concerns us. When it benefits us. When it makes us rich. And when we participate in it. I have watched our culture unravel in its addiction to corruption.

Our culture has been adulterated that it’s into war with ‘guilt’. The very concept is considered medieval, obsolete, and unproductive. People who trouble themselves with feelings of personal guilt are usually referred to therapists, whose task it is to boost their self-image. No one accept to be guilty. Guilt is not conducive to dignity and self-esteem. Society encourages sin, but it will not tolerate the guilt sin produces.

a) Conscience is a person's moral sense of right and wrong that acts as a guide to his/her behavior. It can act as a source of ethical guidance for a person.

example - Suppose a civil servant notices illegal construction encroaching upon a lake happening in a region. He collects necessary evidence to take action against the culprit, but there is political pressure from local leaders to not take any action and act as if he did not notice the illegal activity. In such a situation, it is conscience that shall guide him to take action against him. His conscience warns him about the possible risk that occurs due to the encroachment of lake to people dependent upon the lake for their water needs. Hence, due to his conscience, inspite of pressure from politicians, he will take action against the encroacher.

b) Conscience means. Voice of one’s soul...it is a collective voice of moral and ethical values ...it is the guiding light behind human actions in times of a moral crisis... It is conscience which can prompt or prevent humans from acting morally.

Often times it seems complicated when we talk about the function of the conscience in ethical decision making. The commandments of God are eternal, but in order to obey them we must first appropriate them internally. The “organ” of such internalization has been classically called the conscience. That is why I described conscience as “the tiny voice of God in and within us”.

For the Christian, the conscience is not the highest court of appeals for right conduct. The conscience is important, but not normative. It is capable of distortion and misguidance. Thus clean and dead conscience.

In the New Testament, conscience is mention 31 times, with abundant indication of its capacity for change.

You have the capacity as a Christian to walk before God with a clear conscience. In fact, that is your daily privilege and joy. Paul said, “I also do my best to maintain always a blameless conscience both before God and before men" (Acts 24:16).

When Your Conscience is dead:

1)      You will lose the impetus of truth: You will totally lack the propelling or driving force to say and accept the truth. You no longer accept corrections. You get angry when corrected; and mostly look for reasons to justify yourself.

2)      Sense of Sacredness of life will be lost: Igbo world is principally anthropocentric such that human life is sacred and is immensely valued. However, since life is sacred, it must be protected and respected. You will no longer see anything wrong in things that could cause human life. You simple become a beast.

3)      The sense of brotherhood will be lost: Socialism as attitudes of the mind where everybody cares for one another. As an African, Asian; our cultural values are characterized by brotherly understanding, mutual respect, equal shaving and an acceptance of obligation to work. This principle of brotherhood can be manifested in various ways like, sense of community, sense of good relation, sense of sacredness of life, sense of respect for authority and elders. So when our conscience is alive we have sense of brotherhood.

4)      You become a killer: killing doesn’t occur only when you take the life of a brother or sister…

Sinning against your brothers and wounding

their conscience when it is weak, you sin against Christ.

HOW TO KEEP CONSCIENCE ALIVE

Cultivate the fruits of the Spirit: in Paul’s letter to the Galatians he said: But the fruit of the Spirit is love, joy, peace, patience, kindness, goodness, faithfulness (Galatians 5:22)

Find compassion: “Be gentle toward yourself and accept that no one’s perfect,” Practice gentle self-talk. “‘You’re doing the best you can’ is a big one for me because a lot of the time I feel like I could be doing more,”

Set boundaries: Talk with the people in your life in advance of manic or depressive episodes so they know what to expect—and you’re clear on what they expect from you. Ideally, that will minimize future occasions for feeling guilty.

A good conscience is cleansed by the blood of Christ

How much more, then, will the blood of Christ, who through the eternal Spirit offered himself unblemished to God, cleanse our consciences from acts that lead to death, so that we may serve the living God! (Hebrews 9:14) 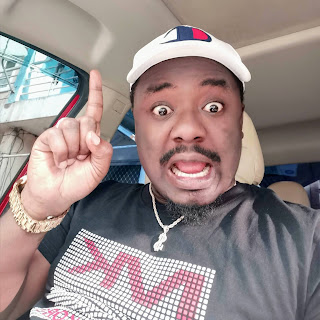